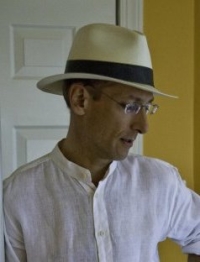 blogpage
Within the True: classification, knowledge, and science

Much of the media space devoted to Iran these days has focused on U.S. disavowal of the internationally recognized nuclear deal and Israeli airstrikes on Iranian interests inside Syria. And with good reason, for the situation on both fronts is rife with opportunity for the sort of miscalculation, blowback and unforeseen consequence that can easily lead to war.

But there is another development bubbling under the surface that may, in the long term, prove more of an existential threat to the Islamic Republic than the (so far) unlikely event of cataclysmic armed conflict with Israel and its superpower protector, the United States.

This is none other than Iran’s continued inability, almost 40 years after the Islamic Revolution, to resolve the tension between the country’s geopolitical interests and its radical political theology.

Is it a traditional nation state, with rights and duties toward its citizens, as well as toward other nations?

Or is it a messianic movement that claims unquestioned religious leadership of the world’s 200-odd million Shi’ites and, beyond that, of the entire Muslim ummah, or community of believers?

Islam, Science, and the West
Webinar for the Tuesday Diwan, al-Sharq Youth Forum

Traditional history of science privileges those developments that contributed to our contemporary notion of what is properly scientific while slighting or disregarding altogether others that have been forgotten or abandoned for failing to meet modern needs, requirements, and attitudes. The result is a notion of intellectual and scientific progress in which the stages of historical development, and thus any analytical framework, are defined in advance. This, in turn, determines those ideas, achievements, and theories worthy of historical notice, academic study, and ultimately inclusion in the discourse of modernity.