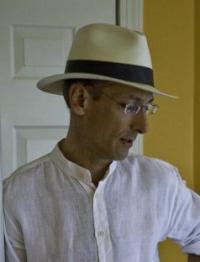 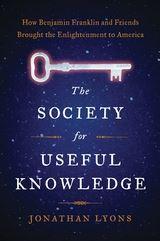 The Society for Useful Knowledge: How Benjamin Franklin and Friends Brought the Enlightenment to America

Benjamin Franklin and his contemporaries brought the Enlightenment to America--an intellectual revolution that laid the foundation for the political one that followed. With the "first Drudgery" of settling the American colonies now well and truly past, Franklin announced in 1743, it was high time that the colonists set about improving the lot of humankind through collaborative inquiry. From Franklin's idea emerged the American Philosophical Society, an association hosted in Philadelphia and dedicated to the harnessing of man's intellectual and creative powers for the common good. The animus behind the Society was and is a disarmingly simple one-that the value of knowledge is directly proportional to its utility. This straightforward idea has left a profound mark on American society and culture and on the very idea of America itself-and through America, on the world as a whole.

From celebrated historian of knowledge Jonathan Lyons comes The Society for Useful Knowledge, telling the story of America's coming-of-age through its historic love affair with practical invention, applied science, and self-reliance. Offering fresh, original portraits of figures like Thomas Jefferson, Benjamin Rush, and the inimitable, endlessly inventive Franklin, Lyons gives us vital new perspective on the American founding. He illustrates how the movement for useful knowledge is key to understanding the flow of American society and culture from colonial times to our digital present.

Reviews for The Society for Useful Knowledge

Lyons has done a fine job in giving us a glimpse not just of Franklin the virtuoso but of the world in which he lived and worked, his contemporaries, and their enthusiasms. Weekly Standard

[A] highly readable account of the societies (the title one, later the American Philosophical Society, being the prototype), academies, mechanics' associations, and other social institutions the group engendered that believed science and experimentation to be collective endeavors, Lyons illuminates a formative period in American cultural history. Booklist